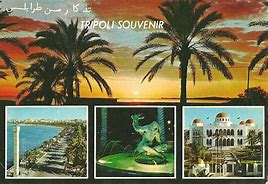 It was almost noon and it had been a fairly productive day.  Living and working in Libya was not always easy.  He missed home and family.  At times it was difficult understanding the culture and the people.  They were hospitable but tough and aggressive at the same time.   He had made friends though and become fond of his coworkers even though he did not speak much to them.

Today was different.  He could feel it in his bones.  When the phone rang he was only a little bit surprised.  In those days there was no internet and phone calls from abroad were really rare.   "Emad, it's a call for you from Egypt", his manager Kareem said.  Immediately he felt worried, his family rarely called.

It was his brother.  "Emad I wanted to tell you that Dad is sick", he's in the hospital".  "Can I speak to him?"  "No he is resting but he wanted you to know he's ok".  The conversation didn't last long and after Emad hung up he sat at his desk for a long time just thinking.  It would be impossible to get a visa to leave Libya until his contract was up but he felt like he had to see his Dad.

That night he couldn't get to sleep.  When he finally did feel asleep his dreams were swirling and tormenting him.  He woke up once in the middle of the night and stopped a few minutes to pray.  After that he felt better and went back to sleep.  He dreamed of his Dad.  In his dream his Dad came to him and said "Don't worry Emad I will always be there for you.  I will be ok.  I love you".

When he woke up he knew something was different.  He could feel it.   He had to call home and talk to his Dad.  It took a while to get through but he finally got through to his Mom after a few tries.  "Emad", she said "How did you know?" "Your father passed away peacefully last night.  But before he passed he said he looked to the West and saw an angel and a light.  I think it was you!"   For a long time he sat with his head in his hands.  Then he looked out into the courtyard at the trees and flowers and felt a sense of peace like he had never felt before.


Posted by Peacelovehope at 7:56 AM